We are proud to announce that Mr. Bryan Jardine will conduct the auction held at the Rustic Feast. 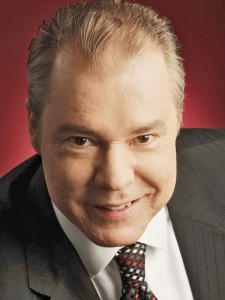 Mr. Bryan Jardine is a U.S. trained attorney who has lived and worked in Romania since 1996. In 1998, Mr. Bryan Jardine established the Bucharest office of the Washington D.C.-based law firm of Arent Fox Kintner Plotkin & Kahn, PLLC and headed this office until 2001. Between 2001 and 2005, Mr. Jardine was counsel for Squire, Sanders & Dempsey L.L.P, and was involved in many significant regional M&A transactions, including in the telecommunications and media sectors. In 2005, Mr. Bryan Jardine was appointed managing partner of the Wolf Theiss Bucharest office, in charge of the establishment of the office and its development on the local market.

During the course of his legal career, Mr. Jardine has represented a number of high profile local and foreign clients in energy, privatization, telecommunications, infrastructure, M&A and public private partnership projects in the CEE/SEE region. Prior to his arrival in the region in 1996, Mr. Jardine was a commercial litigation attorney in Los Angeles and was admitted to the California State Bar in 1990.

Mr. Jardine is also a frequent speaker at local and international conferences and has been
frequently quoted in various business publications. Mr. Jardine serves on the Board of Trustees of the American International School of Bucharest, the U.S.-Romanian Fulbright Commission, the Scheherazade Foundation, the Princess Margareta Foundation and the Erste Bank Foundation – CASA ALBINEI. Mr. Jardine has also volunteered his time as an auctioneer at numerous charity auction balls and events in Bucharest over the last ten
years.